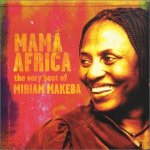 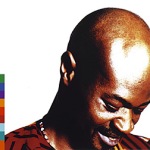 Honourable Mentions: Soweto String Quartet (aka SSQ – exactly what it says on the tin, a string quartet formed by 3 brothers and a mate from Soweto – doing classical-pop-african crossover stuff) and Oumou Sangare (from Mali).

I’ve had the joy of seeing 4 out of these 8 acts live – true joy. But all of these folks have stuff on SPOTIFY (which you must use if you don’t already) – so check them out.