John Stott: a man who resisted trying to gain the world… 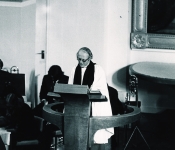 This is not hero-worship. Not only did Uncle John loathe the very idea of it, it is never constructive or edifying to indulge in it. Worshipped heroes always disappoint, like any idol. But it is not wrong to have our heroes: people we look up to, respect, seek to emulate. They are in perilously short supply in our world. It is about appreciating them, in spite of (and sometimes, because of) their foibles, eccentricities and flaws. There is something profoundly Christian about taking our heroes seriously.

The business of posting about Uncle John a lot here, and in drawing together links from elsewhere is not hero-worship, but it is about learning lessons. That has been the tenor of the reams written in his memory – and it is entirely appropriate, because he was a man who lived as a teacher of the faith, seeking complete integrity of life and doctrine. 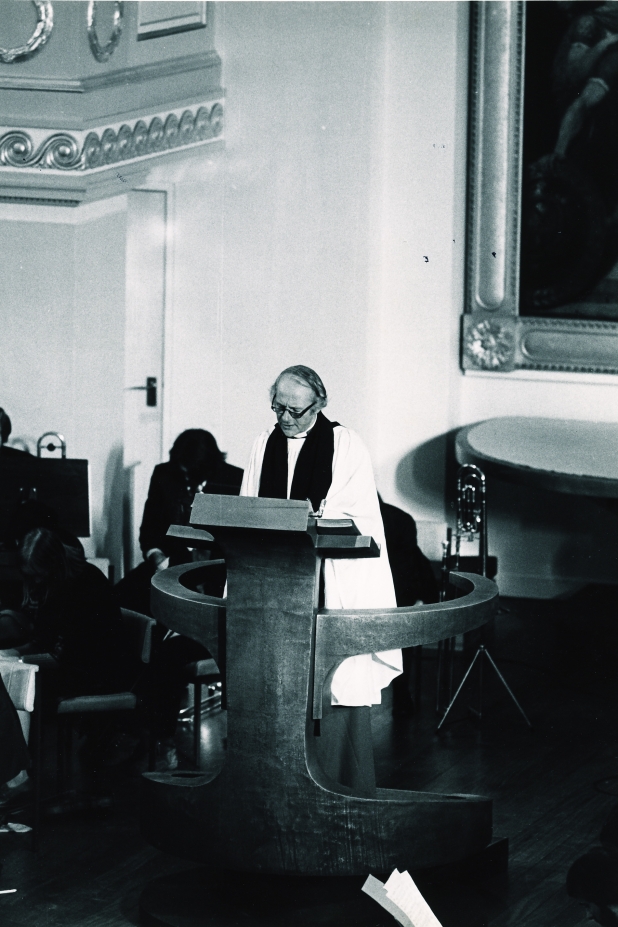 So it was quite overwhelming to be down as one of the preachers All Souls on Sunday. Standing in the pulpit from which he spoke on countless occasions felt entirely inappropriate. But when it occurred to me that ALL faithful preaching is a case of human inadequacy overcome by divine inspiration, it was simply a question of batting on.

As I started the prep, my heart did sink a little at the passage set – Acts 21:1-16 – it’s effectively Luke’s travel diary of the return journey to Jerusalem (including the rather notorious moment of Agabus’ prophecy). But of course, it is so much more than that. As I discovered in part from studying Uncle John’s BST on the book.

For it hit me forcibly that Luke includes this section because it illustrates how Paul was a man willing to take up his cross to follow Christ – come what may. That’s why he resisted the entreaties of his friends when they heard Agabus’ prophecy. He knew exactly what he had to do and was determined to go ahead. He had taken Christ’s call of cross-uptake instead of world-gain.

You can listen to the talk here (called The Lord’s Will Be Done), and here’s the table I mentioned:

But since it was the first Sunday after he died, it was essential to acknowledge something of what Uncle John meant to us as a church family. And it struck me that there was a lesson to learn from him in reflection of this passage. The apostle Paul had taken up his cross and followed Christ, and in so doing turned his back on the world. 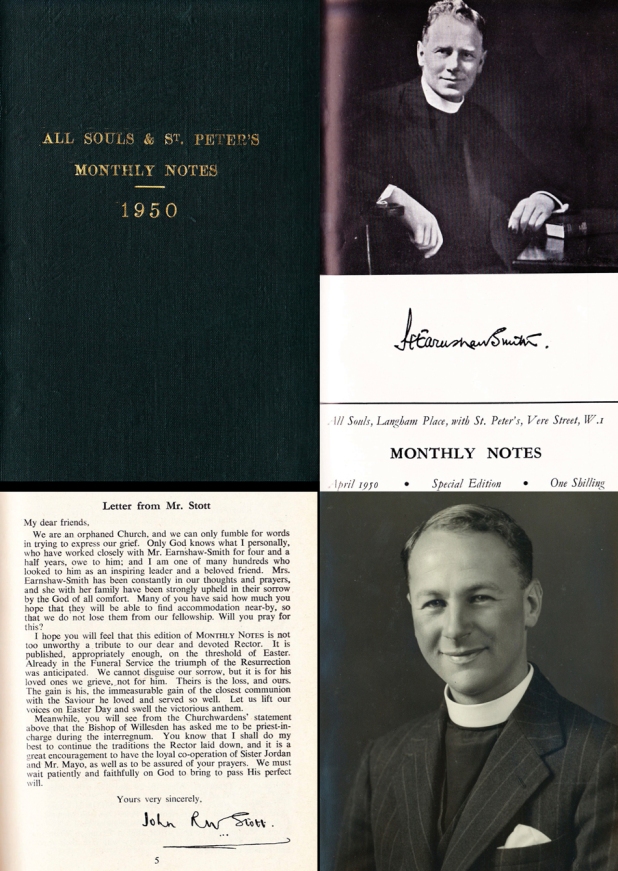 And this is also precisely what Uncle John had done. It struck me that this was one of the key reasons he was so effective. He had decided early on not to seek to gain the whole world. He could so easily have done do, with his gifts, intellect and leadership abilities. Indeed, if he had gone into the Diplomatic Corps (as his father had wanted), he would have climbed very high indeed. Now, that’s not to say that you can’t be a faithful disciple in that field (as he would have been the first to insist), but for him, it was not the right path.

He was going to take up his cross by being a preacher of the cross. And having taken this path, in common with the disciples who feared they’d be short-changed because of all they’d given up to follow Him, the compensations are great… and eternal.

Which is why there is such consolation at this time. And it is why it seemed appropriate to end the sermon with words Uncle John had himself written when All Souls lost another Rector, his predecessor Harold Earnshaw-Smith, who had died in March 1950. (I’ve thrown together a few scans from the magazine right) Uncle John was the curate then and not yet 29 when he wrote this for the April 1950 edition of the All Souls Monthly Notes. It would be the first of many:

We are an orphaned Church, and we can only fumble for words in trying to express our grief. Only God knows what I personally, who have worked closely with Mr. Earnshaw-Smith for four and a half years, owe to him; and I am one of many hundreds who looked to him as an inspiring leader and a beloved friend. Mrs. Earnshaw-Smith has been constantly in our thoughts and prayers, and she with her family have been strongly upheld in their sorrow by the God of all comfort. Many of you have said how much you hope that they will be able to find accommodation near-by, so that we do not lose them from our fellowship. Will you pray for this?

I hope you will feel that this edition of our Monthly Notes is not too unworthy a tribute to our dear and devoted Rector. It is published, appropriately enough, on the threshold of Easter. Already in the Funeral Service the triumph of the Resurrection was anticipated.We cannot disguise our sorrow, but it is for his loved ones we grieve,.not for him. Theirs is the loss’ and ours. The gain is his, the immeasurable gain of the closest communion with the Saviour he loved and served so well. Let us lift our voices on Easter Day and swell the victorious anthem.

Meanwhile, you will see from the Churchwardens’ statement above that the Bishop of Willesden has asked me to be priest-in-charge during the interregnum. You know that I shall do my best to continue the traditions the Rector laid down, and it is a great encouragement to have the loyal co-operation of Sister Jordan and Mr. Mayo, as well as to be assured of your prayers. We must wait patiently and faithfully on God to bring to pass His perfect will.

Well, Uncle John certainly did his best in so many ways. And for that, he has finally gained his well-earned rest.