When the living have to bury their own dead 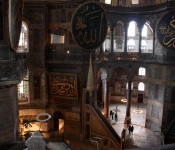 Church-planters probably never even consider factoring this in when they start. That was certainly the case for some friends of mine in Turkey. For who would have guessed that setting up a cemetery might have to become a key feature of their growth strategy? 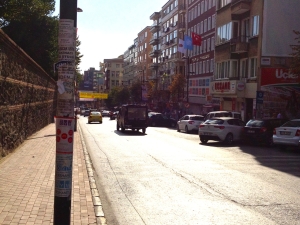 For centuries, if you were Turkish, you were Muslim. In fact, there has never been a point at which Turks were Christian. Until now. We easily forget that, not least because the region was the epicentre of global Christianity from biblical times onwards. But the Turks swept in from the east, bringing Islam with them, eventually conquering Constantinople in 1453. Ever since, the only sizeable Christian groups in the area were Greek or Armenian.

So what’s this got to do with anything? Well, there are now around 3000 Turks who have become Christian in the last 30-40 years or so. Many have come from a fairly secular background, which perhaps makes it a little more understandable. But now that the Turkish church has been around for a bit, there’s a new problem. Where to bury them when they die. It perhaps sounds rather macabre but it is, believe it or not, a real headache.

Muslims have their own cemeteries throughout Turkey, of course; the few Greeks that are left get buried in orthodox land, and the Armenians have their own solutions. But Christian Turks don’t ‘belong’ anywhere after death. The sectarianism of life gets perpetuated in the grave.

So it’s a quite challenge for these friends to find land.

But it’s simply yet another example of ministry’s unpredictability and the risk we all run of being so wedded to our strategic planning that we fail to see the pressing needs.

Inside the mighty Hagia Sofia: Cathedral then Mosque, now Museum