Posts from the ‘UK’ Category

Friday Fun 46: Memories of running away from school

It seems that my prep school, where I boarded from aged 8-13 (yes I know, I’m still trying to catalogue the subsequent privileged hangups), is 150 years old next year. They appealed for memories from old boys to be included in the anniversary book. So feeling in a slightly frivolous and provocative mood that day, I wrote this. Thought some at least might enjoy it. END_OF_DOCUMENT_TOKEN_TO_BE_REPLACED 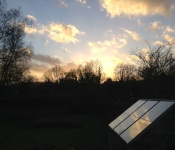 Why I love L’Abri

Many are unaware of L’Abri. And that is both a shame and an inevitability. It is a work that thrives behind the scenes and out of the spotlight. It never advertises or fundraises. It just keeps its doors open to all who come and need it. I’ve only ever spent time at the English L’Abri, but it is part of a family of communities around the world which all sprang from the original work set up by Francis Schaeffer in Switzerland (all the details are on their website).

END_OF_DOCUMENT_TOKEN_TO_BE_REPLACED 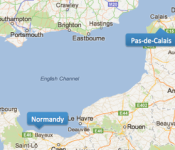 Friday Fun 45: Exposing an enemy’s deception with some wartime humour

Operation Fortitude was a crucial, bold, almost insane, factor in the success of D-Day in 1944. It was a hugely elaborate hoax, to make the enemy believe that the Allies’ continental invasion would happen across the straits of Calais (Fortitude South) and from Scotland into Norway (Fortitude North). END_OF_DOCUMENT_TOKEN_TO_BE_REPLACED

Let the meaning choose the word: Orwell on political language

It has its gainsayers (eg Steven Poole is pretty disparaging, though unfairly in my view) but George Orwell’s Politics and the English Language (the whole essay is online), is prophetic. Of course some of his linguistic concerns are matters of taste and fashion (as Steven Poole rightly notes). But written at the close of the Second World War, this article exposes the sham sincerity and dissembling motivation behind so much political speech and writing. That is the essay’s great virtue. And it has not gone out of date at all. END_OF_DOCUMENT_TOKEN_TO_BE_REPLACED 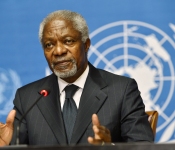 I have just finished Kofi Annan’s fascinating memoir Interventions. Annan is clearly a man of great stature and influence, who strained every sinew to bring about peace and dialogue during his 10 years as UN Secretary-General but tragically often failed. For all kinds of reasons. But as one might expect (and indeed hope), he has great wisdom to share, even if he cannot claim a string of personal triumphs.

But before a few gems, here’s my brief Amazon review (which you may want to find ‘helpful’?!): END_OF_DOCUMENT_TOKEN_TO_BE_REPLACED

Je Recuse! Privilege’s curse & why you should stop reading this blog (probably) 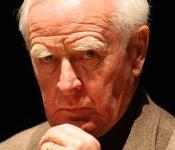 Giving voice to the whistleblower: Le Carré on cracking form in A Delicate Truth

There’s a key moment when the oleaginous Foreign Office chameleon, Giles Oakley, goads his protegé and A Delicate Truth‘s protagonist, Toby Bell, about what he should do with his qualms about government policy in the run up to Iraq War.

You’re exactly what the Guardian needs: another lost voice bleating in the wilderness. If you don’t agree with government policy, don’t hang around trying to change it. Jump ship. Write the great novel you’re always dreaming about. (p51) END_OF_DOCUMENT_TOKEN_TO_BE_REPLACED

Q Conversations 2: the living legend that is Frances Whitehead

You may not have heard of Frances Whitehead – but if you have read any of John Stott’s books, you will have witnessed her extraordinary handiwork: transforming his handwritten scrawl into immaculate typescript ready for the publishers. For more than 50 years, she worked very closely with him and her perspective on his life and work is unique and valuable.

So it was a total joy for me to spend the best part of a day with her at home in Bourne End, on the Thames, to the west of London, during which our conversation ranged over all kinds of things. END_OF_DOCUMENT_TOKEN_TO_BE_REPLACED

Telling a story when words don’t get through

I believe in words. I believe in the importance of words. In fact, I would go so far as to say that I believe in the primacy of words. But words can never be exclusive media of truth, understanding and communication. Please note: they are the primary (i.e. supreme) means, not the only means. I’ve touched on this issue before. Words are still essential.

As I mentioned then, the great science fiction writer Isaac Asimov attacked the myth of the image by saying:

END_OF_DOCUMENT_TOKEN_TO_BE_REPLACED

Forging a future out of a pandemic of tragedy: Rhidian Brook’s The Aftermath

The months immediately after the close of the Second World War were confusing. One minute the Allies had been dropping bombs on Germany (as Col Lewis Morgan, the protagonist in Rhidian Brook‘s The Aftermath, points out, more bombs fell on Hamburg in one weekend than fell on the London in the entire war), the next they were dropping lifeline supplies in the Berlin Airlift of ’48-’49. The disorientation this must have brought for ordinary Germans is articulated by some so-called ferals (kids living in the ruins of the city): END_OF_DOCUMENT_TOKEN_TO_BE_REPLACED 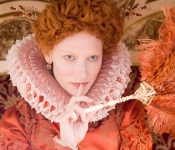 Friday Fun 39: Swotting up on the English Reformation (part 3: Elizabeth I)

For the time being, this is our final dip into the murky waters of Sellar & Yeatman’s classic 1066 and All That. After all, overindulgence is always wrong. Wouldn’t you agree?

Having digested the reign of Henry VIII, and then gobbled up his heirs & successors Edward and Mary, we come at last to Gloriana herself, Good Queen Bess, the Virgin Queen, the one who was to be obeyed (on pain of decapitation etc etc). These Tudors weren’t exactly a straightforward bunch. No doubt, there were post-natal attachment issues which can explain all the shenanigans.
END_OF_DOCUMENT_TOKEN_TO_BE_REPLACED

Friday Fun 38: Swotting up on the English Reformation (part 2)

Boys and girls, last week’s lesson was only the beginning, the tip of the iceberg. How could you possibly imagine that we had plumbed the depths of the English Restoration? There is more work to be done – not least because Bluff King Hal left quite a legacy, much of which was left much to be unravelled amongst his 3 children and successors.

What a web he weaved.
END_OF_DOCUMENT_TOKEN_TO_BE_REPLACED

Friday Fun 37: Swotting up on the English Reformation with Sellar and Yeatman

A day late, but hey. It’ll be worth it. But whatever you do, don’t use this for your GCSE history revision. [If you have done your revision, you’ll see why]. Having read this, how will you ever be able to confuse the Reformation and the Restoration again? What’s more, whoever thought we’d need Hilary Mantel to bring this era to life?

Anyway, thought I would dedicate one or two Friday Funs to the sublime brilliance that its 1066 and All That. So let’s dive in straightaway, with Henry 6th and his 8 wives. Or was that the other way round? END_OF_DOCUMENT_TOKEN_TO_BE_REPLACED

Throughout our years working with students from the two Sheffield universities, we would have between 4-6 for Sunday lunch every week during term. It was of course only possible because of Rachel’s remarkable gifts of hospitality. But it was a crucial way to get to know everyone who came to the church as individuals and all kinds of things developed from that. However, we quickly stumbled on the insight that having a group exclusively made up of 1st years led to social disaster. END_OF_DOCUMENT_TOKEN_TO_BE_REPLACED

The British Empire was never quite what you thought: John Darwin’s Unfinished Empire

Nearly 10 years ago, a dear friend of mine was addressing a gathering of Ugandan MPs in the Parliament building in Kampala (around the 40th anniversary of independence). It included those from all shades on the political spectrum, including not a few post-colonial firebrands. My friend is certainly no great apologist for imperialism, but he posed two simple questions.

END_OF_DOCUMENT_TOKEN_TO_BE_REPLACED

It could have been at a rather upmarket fancy-dress party. The dress was certainly fancy; the guests well-to-do; the event evidently unusual. But as well as being a deeply solemn occasion, and even a family occasion, it was an era-defining moment. END_OF_DOCUMENT_TOKEN_TO_BE_REPLACED

So it seems our very human rights and liberties are being threatened by Instagram’s change of terms. Or they’re not. Or not in quite the same way. Well who knows?

Just in case they do decide to pilfer my works of art for their own heinous ends, I thought I’d display some of my chefs d’oeuvre from around London in recent weeks to put us all into a bit of a Christmas spirit.

One field, rather a lot of trees and a post-arable parable

20 years ago my parents bought a south-facing wheat-field off a local farmer. As an investment. It’s about 10 acres in beautiful rural Norfolk (here’s a view from the church tower right) So how would you invest?

END_OF_DOCUMENT_TOKEN_TO_BE_REPLACED

This is a random Friday Fun. It’s not especially funny, although some will probably think this makes me seem very funny, putting me in the same bracket as collectors of birdsong CDs. Too bad. It just so happened that I was searching for some old files on my computer and came across these – I’d completely forgotten I’d made them. But in the few days before we left Uganda in the summer of 2005, I took my rudimentary digital recorder out into the garden and just let it listen. END_OF_DOCUMENT_TOKEN_TO_BE_REPLACED 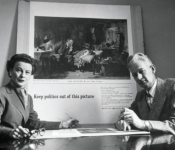 The Lie Factory and the destructive power of political ‘narrative’

The presenting issue behind the article was the hysteria whipped up against Obama’s healthcare proposals in the US – something which those of us with ‘socialised’, crypto-communist medicine in the UK find hard to understand. I do realise that many on the US right are no fools, that the British NHS is far from perfect,  and that there may well be many good grounds for the position(s) they took. But that’s not my point here. My main concern is how politics (left and right) throughout the West now (has to) operates. This was the object of Jill Lepore’s New Yorker investigation a couple of weeks ago, The Lie Factory. END_OF_DOCUMENT_TOKEN_TO_BE_REPLACED