Posts from the ‘trust’ Category

As I wrap this little sequence of ruthless self-exposure up, various omissions and oddities have occurred to me, so the easiest thing is probably to string them together in a miscellany that’s almost Pauline in its randomness (though naturally without his claims to authority). END_OF_DOCUMENT_TOKEN_TO_BE_REPLACED

The thing about volcanoes is that they’re as immovable as mountains. Rock solid in fact. But of course that’s the deception of appearances. And in geological terms, they’re savage beasts, easily provoked to ire by invisible tectonic interference.

It probably seems a totally incongruous metaphor for the Black Dog – but probably only to those whom he’s never pursued. Because there is something so irrational, so mysterious, so dark even about so-called depression that it is as destabilising as a major geological event. END_OF_DOCUMENT_TOKEN_TO_BE_REPLACED 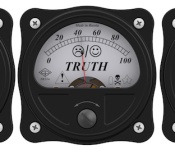 Paul Arnold, the coordinator of the Church and Media Network (MediaNet), kindly invited me to write a post this week to point to how Wilderness engages with media issues. So here is the result:

When Jeremy Paxman gave his MacTaggart lecture at the 2007 Edinburgh International Television Festival, he actually created his own headlines. After a spate of scandals at the time, he described how his employer, the BBC, had been left with “a catastrophic, collective loss of nerve,” with the bigger question of whether the corporation “itself has a future.” Those comments are even more relevant today, with many seeking to exploit its insecurity. The precariousness is indicated by the fact that big celebrity guns have been marshalled to speak out in its defence. END_OF_DOCUMENT_TOKEN_TO_BE_REPLACED